Prior to the 2018-2019 EFL football season kicking off this weekend one of our ambassadors, Matthew Cooke, met with Notts County today while the official season launch for the whole EFL took place at Meadow Lane. As a result, we are absolutely THRILLED to announce that Notts County Football Club will be supporting our work this season, in several exciting ways. Watch this space for further exciting announcements to be made very shortly. In the meantime, get down The Lane on Saturday to join other Sharewear supporters in watching The Pies beat Colchester United! 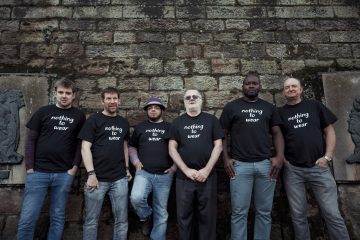